Four years ago, around this very same time and date, I would have been writing a blog post. At the time, I was heavily influenced by popular blogs that I followed, which all centered around style, baking, and every day lives that seemed so bright and full. Whenever I would visit those blogs, I saw happy, smiling faces, on people who seemed to be constantly productive, and who were making a living doing the very things I would see on their blogs; creating crafty decor, coming up with mouthwatering snacks, and having fun doing it all! It was so inspirational! In my eyes, these people were perfect. They were successful entrepreneurs, with happy families, lots of friends and collaborators, and they were beautiful, strong women.

It was because of these women and their blogs that I started my own.

I dressed up for pictures, I crafted, I baked, and I did everything I could to make myself comparable to the people I admired most. I even managed to gain a little bit of success of my own through my blog, by becoming an affiliate, and having ad banners on my page. I happily did those things, but not always during happy times. Near the end of the summer season, in 2013, I announced that I would be taking a short break from the blog, but didn't go into detail as to why. That short break turned into two years with no posts, followed by two very short posts, and then almost another two years of nothing.

I really wish that I could act this out with puppets for you, or draw super funny cartoons, but I lack the ability to do either of those things, so I'm just going to really quickly explain what happened, using words.

In July of 2013, my doctor took me off work due to illness. I was unable to reliably function enough to care for myself, let alone go to work. This was a major low point for me. I left Newfoundland in August (of that same year) to go to a hospital in Ontario, where I stayed for two months. While I was there, I met amazing people who became like family to me, and because of them, I came back home with a completely new, shiny, happier outlook on life. I returned home and immediately started making drastic changes. I was different, so I needed the things in my life to reflect that. In retrospect, I now see that I tried to take on the world too fast, without allowing myself to process and adjust for everything I had just learned. By the end of December, I'd crashed, and was incredibly sick again. I still haven't returned to work. Four years later, I'm still a mess. Most days, I feel like a pile of garbage.

Why am I telling you this?

I've decided to try blogging again. Once upon a time, this was a cathartic, fun, and easy way for me to reach out to the world. I felt good about myself when I was blogging, and I felt productive. I'm not the same person I was, and because of that, the blog will be different now too, but I'm hoping that I will rediscover and reawaken parts of myself that have been long in slumber. I used to be a much sillier, more whimsical and creative person; I hope to be that way again! I am, however, still very honest, open, and (most importantly) still amused by fart jokes. I have a lot to share, and, hopefully, a lot of fun to have.

So, yes, I'm a mess, and I often compare myself to a pile of garbage, but you know what? Garbage is just a big pile of stuff that's been tossed to the side. Perhaps it's been deemed unnecessary or unusable to some, but not every little bit is seen the exact same way to everyone. If I'm a pile of garbage, then I'd like to consider the fact that there could be some recyclables in here! Maybe there's some glitter, an old, but still awesome DVD collection, some cool toys, and even the potential for candy that was thrown away (unopened, and still delicious, but just not someone else's favorite)!

Happy day to all!

Posted by Nichole Beverly on Tuesday, April 25, 2017 No comments:

Getting back into regular blogging has been way harder than I anticipated, but since it happens to be my favorite week of the year, I couldn't resist the urge to babble via the internet!

Given the fact that shark week is a much anticipated, annual thing, and that this awesome soap from Lush is sold out, I'm not the only person who loves learning about sharks. Why do I love sharks so very much, you ask? Well, not only are they incredibly impressive hunters who have adapted to survive over many, MANY years, but they are beautiful and misunderstood creatures.

Like many humans, the first knowledge I ever had concerning sharks came from Jaws. That film instilled an uneducated fear of an animal that lived nowhere near me, and also played a huge part in keeping me out of the water from my teenage years onward. Shark Week began as an educational celebration of this animal who needed to clear it's name, but in more recent years actually played up the vicious, man eating reputation to bring in viewers. Thankfully Discovery Chanel has returned to its roots this year and is just as much about educating as it is entertaining. I definitely recommend checking out at least a couple of the specials during the week, no matter how you feel about sharks. Learning is fun!

If you don't have enough interest to watch hours of divers and scientists chase after big fish, here are a few key points that will catch you up on the subject enough not to be ridiculed and questioned by friends or co-workers who, like me, might corner you and not shut up about shark week.

1) There are many different types of sharks all over the world. Though they have commonalities, they also have varying personalities, behaviors and things they like to eat.

2) Though they occasionally munch on humans, shark attacks happen way less than you think they do. There's probably more chance of getting hit by a bus than killed by a shark. Besides, there's only so many times something can jump onto your dinner plate without you at least taking a little bite, right!?

3) Sharks are in serious danger of extinction. The more we learn about them, the better we can understand their behaviors, protect ourselves, and live harmoniously.

4) Any excuse to dress yourself, your dog or your cat like a shark should wholeheartedly be celebrated with themed cupcakes and said apparels.

Nichole
Posted by Nichole Beverly on Tuesday, July 07, 2015 No comments:

That Time I Fell Off The Earth

I hope everyone is having a magical day :)

You know how in magazines you see pictures of these big, beautiful bathrooms with designer finishing touches and shimmering tile? Guess what? None of those are my bathroom. Here are a few things I did to make my tiny bathroom a little more efficient. 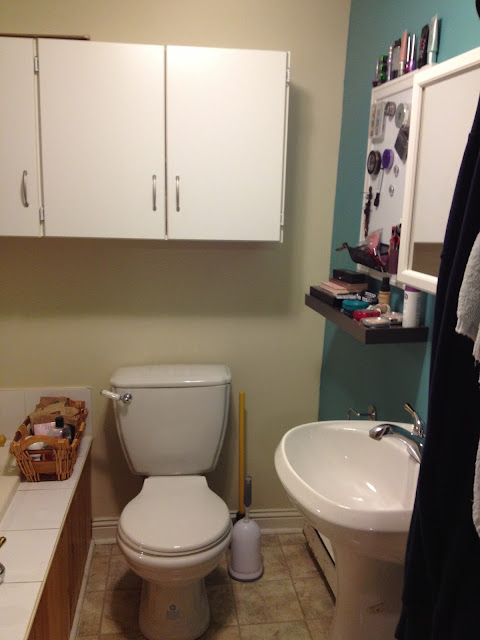 I painted an accent wall a bright blue to give it a splash of colour without making the whole room too dark. I didn't want it to seem as small or smaller than it is, so I also put up a large mirror on the wall parallel to the accent wall.  The mirror really helps to elongate the space. 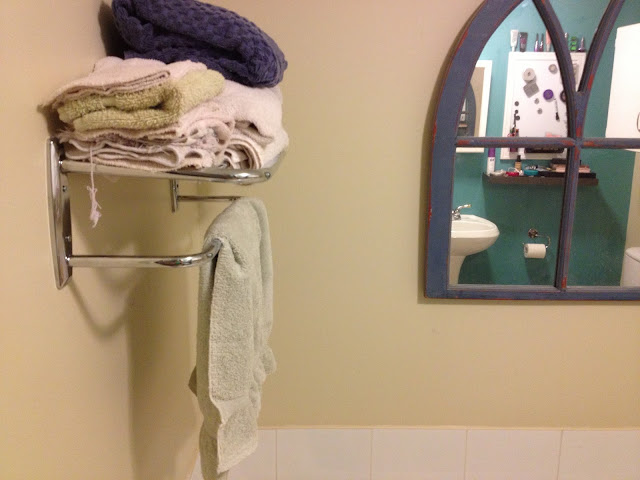 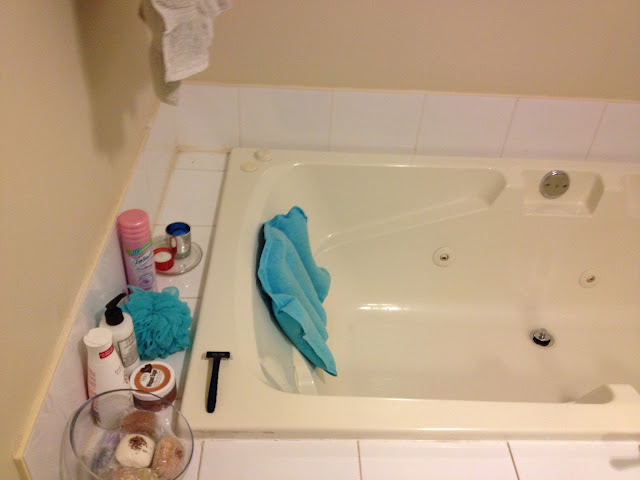 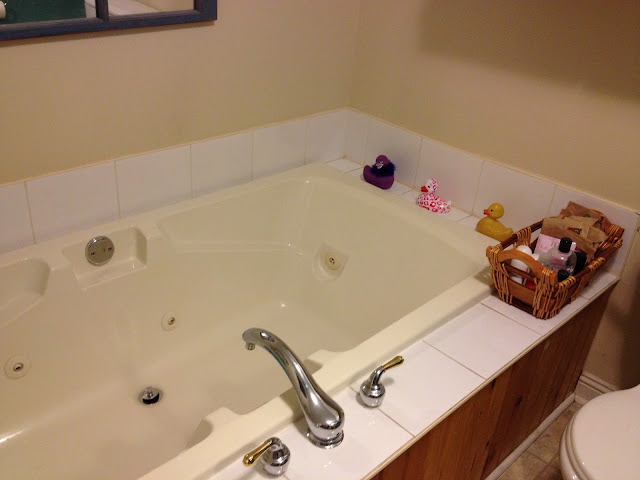 Basically what I did was clean up the room and organize it more efficiently. 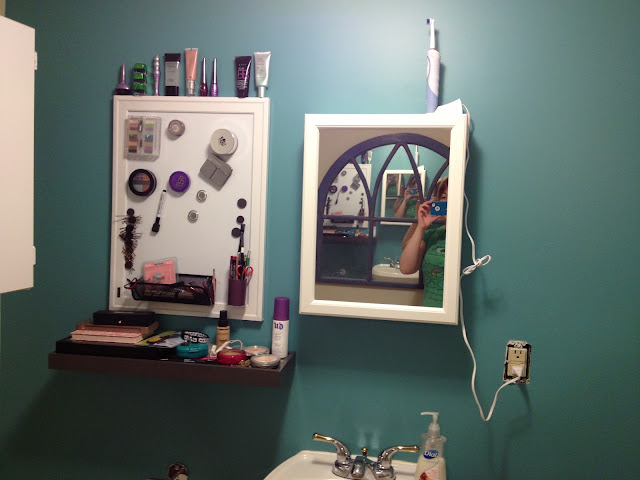 I put in a medicine cabinet instead of a regular mirror to help with storage and clean up clutter. Then, using a white board and magnets, I made a makeup board to help organize my very messy makeup collection. 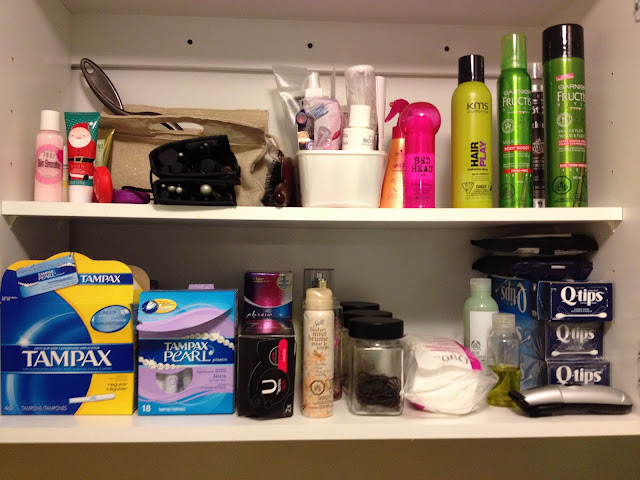 Last, but not least, I organized my cupboard. The clutter that used to be in here was overwhelming. I used to dread opening the doors, but now that it's all clean and organized, it makes the room seem bigger and more orderly.

I know this was kind of a boring post, but I'm always curious to see how people organize, so I thought I'd share!

Hope everyone is having a lovely day!