Renovations aren't exactly the easiest things to deal with. The constant mess and stress that go along with them is enough to drive anyone batty, but change (even something as simple as moving around furniture) can have an especially strange effect on animals.

Holly is a bit nuts to begin with, but for whatever reason she found the renovation process very stressful. Normally when she's not playing or out for walks, she's snoozing away her time on the couch or one of the million dog beds we have in the house. As soon as we started taking the furniture out of the bedroom she started to panic. 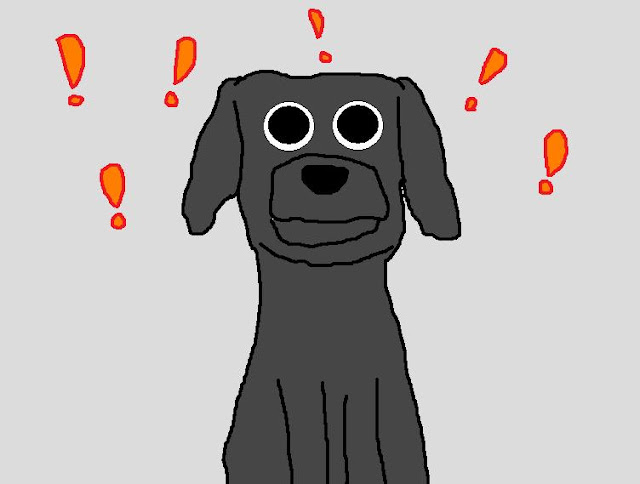 She started pacing back and forth and couldn't be without Boyfriend or myself at any time.
To Holly, by ripping up the carpet we weren't just cleaning up the bedroom, we were blowing up the world. With each piece of scrap and nail that came out of the room, Holly became further convinced that we were going to either abandon or stop feeding her at any moment.

She very early on decided that we couldn't possibly do anything bad if she stayed as close to us as possible. READ: AS CLOSE AS POSSIBLE. 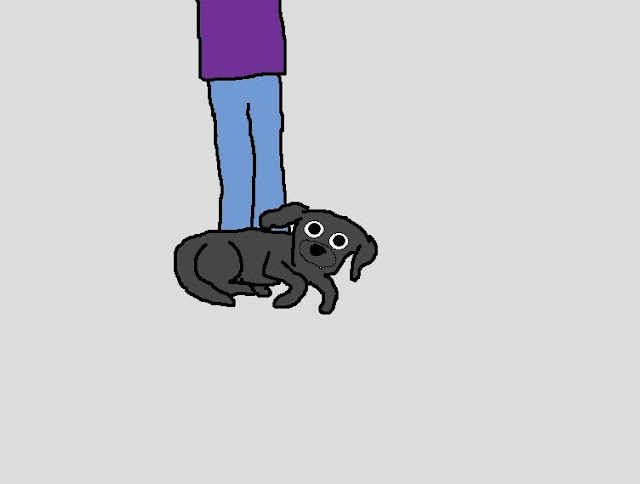 My new velcro-like friend was with me every step of the renovation process AND every day life. When I used the bathroom she was as close to me as she could get without actually getting peed on.

This went on for a week and a half.

When the room was finally done and the furniture was put back in, the first thing she did was jump on the bed to have a nap.

**For anyone out there who is about to do renovations or construction around your furry friends, keep in mind that this can be a very stressful thing for them. It's important to try and keep life as 'normal' as possible. Take them out, get them away from the house, and be patient. They aren't trying to drive you insane, they just don't know what's going on and they look to you for stability. Though I played up the humour of it for the purpose of the blog, I love my dogs more than anything and was sure to take great care of the little stinker while she was feeling stressed.**

On the plus side, the room looks great and my calf muscles look fabulous from lifting doggy weight for two weeks. Also, I now know how to lay flooring and paint with a forty pound dog on my feet. Isn't that a magical skill? Definitely something for the resume.

For a really hilarious read about animals and stressful situations, check out Hyperbole and a Half's comic. I've read it about a million times and it still cracks me up.
Posted by Nichole Beverly on Wednesday, April 17, 2013