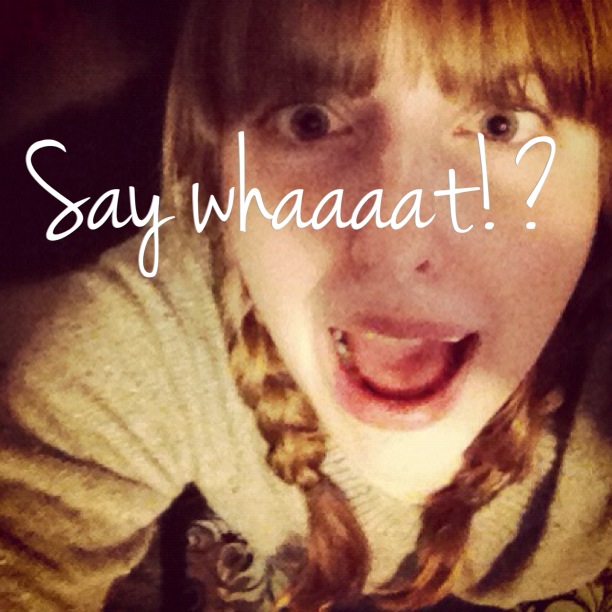 It's true! A great big wet kiss to everyone who has contributed to this by reading and passing along the good word. I really appreciate it! I started blogging daily only two weeks ago, so this support is super unexpected and it warms my insides. It would be super fun to do a giveaway to celebrate, but alas, I have nothing fun to give away, so I'll tell you a little story about why I used to get better postal service than everyone else in my neighborhood.

In 2008 I adopted this little ball of fuzz and guts: 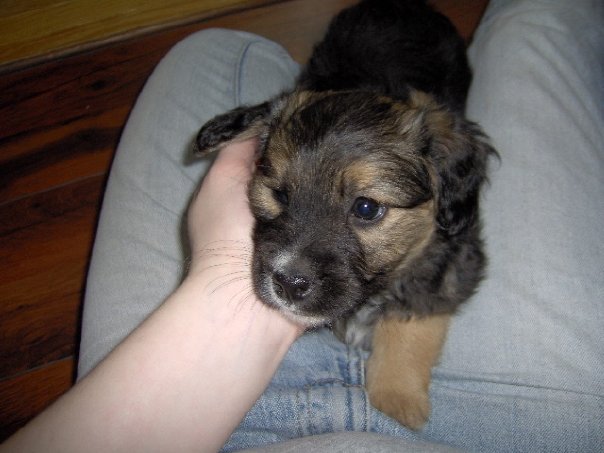 It was love at first sight.

Oz was is insane. I love him, he's what keeps my heart beating, but he is absolutely coo coo for cocoa puffs. I have a bunch of stories about how this cute face tested my sanity, but this one belongs to Boyfriend. I used to work at a breakfast themed restaurant, so I'd go to work at six a.m and not get back until four p.m., leaving Boyfriend to take care of Oz. Usually everything went just fine.

On this particular winter morning however, "fine" wasn't the 'F' word used to describe the days events.

Boyfriend had dropped me off at 5:30 a.m, and then come home to go back to bed. Because it was so cold and also because he was having broken sleep, he was feeling particularly tired. The doorbell rang around 9:30 a.m and woke him up. Groggily, Boyfriend pulled himself out of bed to answer the door, leaving the bedroom door open behind him. Upon reaching the bottom of the stairs, Boyfriend quickly realized that he was wearning nothing but an old pair of ratty boxer shorts, but was sure that whoever was at the door would be gone if he went to change into something before answering. As someone who was waiting for a record in the mail, he didn't want this to happen. Sure enough, it was our regular postal delivery lady with Boyfriend's package. He carefully concealed himself behind the door and only poked his head around to say hello and grab the box with his hand. Just then, Oz busted past Boyfriend and greeted the lady, he then took off and started burrowing his entire body into the giant mass of snow in our front yard. Without thinking about what he was wearing, Boyfriend ran out into the snow (in his bare feet) to grab the puppy. Thinking that this was going to be the most fun game ever, Oz took off. He was leaping fences and runing through our neighbors lawns, evading the grasp of Boyfriend by inches every time. Boyfriend finally managed to catch Oz and carry him back to the house, only to find that the postal lady was still standing there, and had been watching the whole thing.

We've since moved from that neighborhood, but right up until we left our mail was delivered personally and with a huge smile.

I hope that everyone is having a great day and remembering those who gave/risked their lives for our freedom.