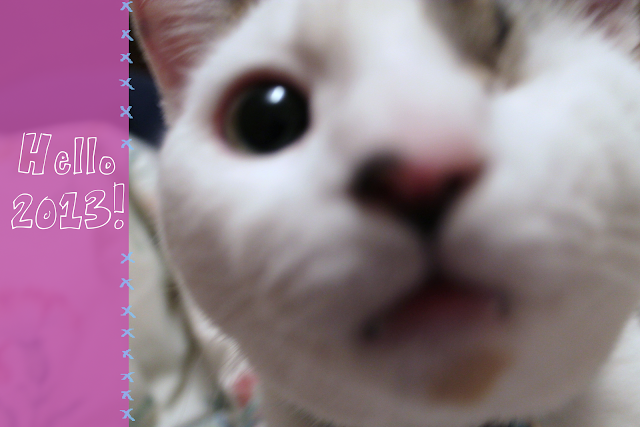 Last year was full of learning experiences and some rough times for me. I like to think that even the worst experiences have something good to take from them, so I'm feeling stronger than I was in January 2012, and I'm looking forward to grabbing 2013 by its proverbial balls!

I've never made resolutions for years past (except for the 'lose weight' mumbo jumbo, boo on that!), but I decided that this year I would write down a list of goals that I think are obtainable and worth the effort. 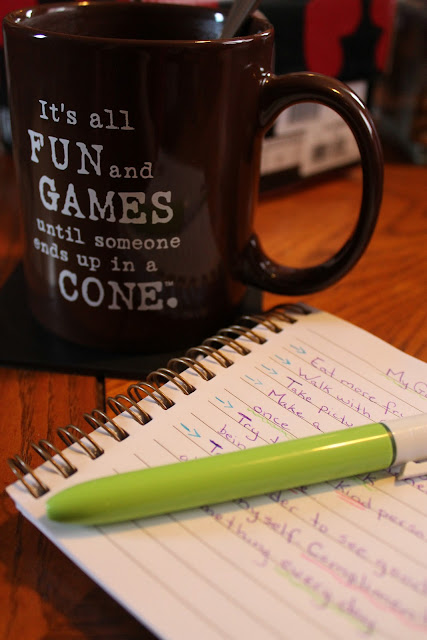 1) I'm going to eat more fruits and veggies.
Why? Because my current diet falls somewhere between temperamental picky five year old, and prisoner of war. It's bad. This year I've been so sick that my doctor took me off work. Since I've been stuck in bed, I've gotten into the habbit of only eating things that are quick to shove in my face (sweets, cereal, bread, ect.).  They are just as easy to grab, but I've just not chosen them.

2) I'm going to walk with Oz and Holly everyday.
Why? Because I love them and we deserve it. And who doesn't like picking up fresh dog poop? Oh, and I need the exercise; I have the body strength of an overcooked noodle.

3) Take pictures every day.
I mentioned here how there is a huge gap in the photographic evidence of my life. I want to have more pictures to remind me of the awesome people I know and the grand adventures I've been on.

4) Make a nice dinner at least once a week.
Why? Because it's important to eat well and it feels good to know I made something that doesn't taste like butt juice. Also, when I make something that doesn't come from a can, Boyfriend gets this surprised and excited look in his eyes, like he hasn't eaten before. That's probably not a good sign.

5) Try to be a kind person without being naive.
Why? Because I'm a sucker. Over the years I've gotten into so many stupid (and sometimes dangerous) situations because I didn't question the intentions of someone 'in need'. If someone asked me "Does this washcloth smell like chloroform?", I'd probably take a big whiff.

6) Try harder to see good things about myself. I'm going to compliment myself on something every day.
Why? Because sometimes I look in the mirror and just see a pile of turd with eyes looking back at me. When I see other people being hard on themselves I wish that I could magically change their minds. I realize that it's hard to help other people think happy thoughts when I'm not thinking them myself.

Does anybody else have goals set for themselves this year? Are they like mine?

I hope that everyone is optimistic about this brand spankin' new year, and that you all had a great new years eve! For anyone out there who has a tiny jackhammer being used on their head after a few too many last night, I send you positive thoughts and telekinetic Tylenol.