For anyone who doesn't know what Costco is, it's one of those giant warehouse stores that sells almost everything you could ever think of, and they sell it in bulk...for cheap. People like stuff, but they LOVE cheap stuff, so Costco is always filled with people. It's generally like a big poo cluster of folks all mashed together, reaching and grabbing at the same things. The best way I can describe the feeling of walking into a Costco, is this: Imagine walking into a room filled with the offspring of a horde of angry villagers and a horde of hungry zombies. It can be pretty intimidating in there around this time of year, so I had to prepare. I put no effort into looking cute, got the sturdiest sneakers I own (light on my feet, like a ninja) and put on my battle face: 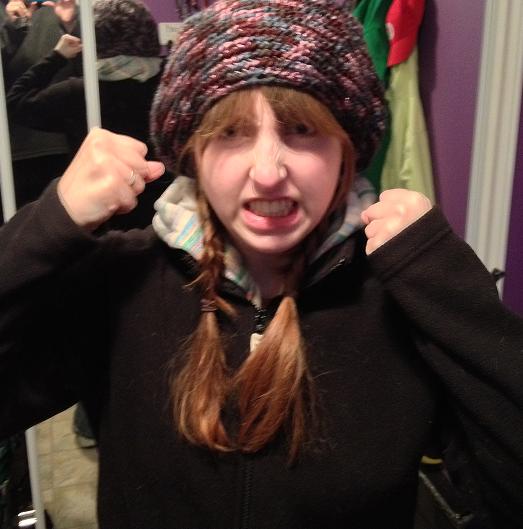 There were people everywhere, but thanks to my special 'elbows and knees first' mob stride, I accomplished my task and got out of there with relatively no psychological damage done (to me, anyway).

I came home to this mess on the kitchen floor: 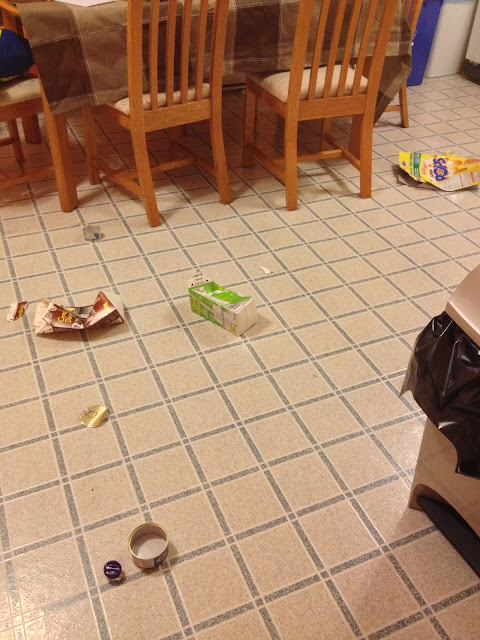 The three furfaces decided to sort the recycling for me! So sweet, right?

Oh! While I was out I did a little guilty pleasure sale shopping at Michaels. A sale on craft supplies is like a specialized reward for my cheapness, I couldn't pass it up. I have a problem. I now have all of the supplies I need to make my wrapping paper and gift tags! Yahoo! Look at me being a grown up!

I hope everyone had a lovely day, and I'm sorry if you were one of the crazed Costco zombies that I lunged around/potentially tripped today... but you scare me.

Email ThisBlogThis!Share to TwitterShare to FacebookShare to Pinterest
Type Blogs